We discovered through gut-content analysis over a 20-month period (June 2009–March 2011) that a little-known benthic fish, the wrymouth, Cryptacanthodes maculatus, preyed upon soft-bottom fauna from 8 phyla, 10 classes, and 28 genera in the lower intertidal/ shallow subtidal zone in Cobscook Bay (eastern Maine, USA). Wrymouth (N = 42; total length = 30–50 cm) live infaunally in extensive subterranean burrows, and consumed mainly polychaetes and amphipods that occurred in 80% and 75% of stomachs, respectively. The two most common polychaetes, Alitta virens and Harmothoe imbricata, were found in 60% and 25% of stomachs, respectively. Gammarideans Leptocheirus pinguis and Ampelisca abdita were the two most common amphipods occurring in 40% and 33% of stomachs, respectively. Benthic core samples taken from the mid- and low shore were ambiguous in helping to understand where wrymouth forage. Wrymouth likely contribute to trophic linkages between the intertidal and subtidal zones in soft-bottoms; however, its relative role in regulating benthic community structure, aspects of its reproductive behavior, and early life-history is unknown due in part to its cryptic lifestyle. In addition to identifying components of the wrymouth’s diet, we document gravid females for the first time, and when they appear in the population. 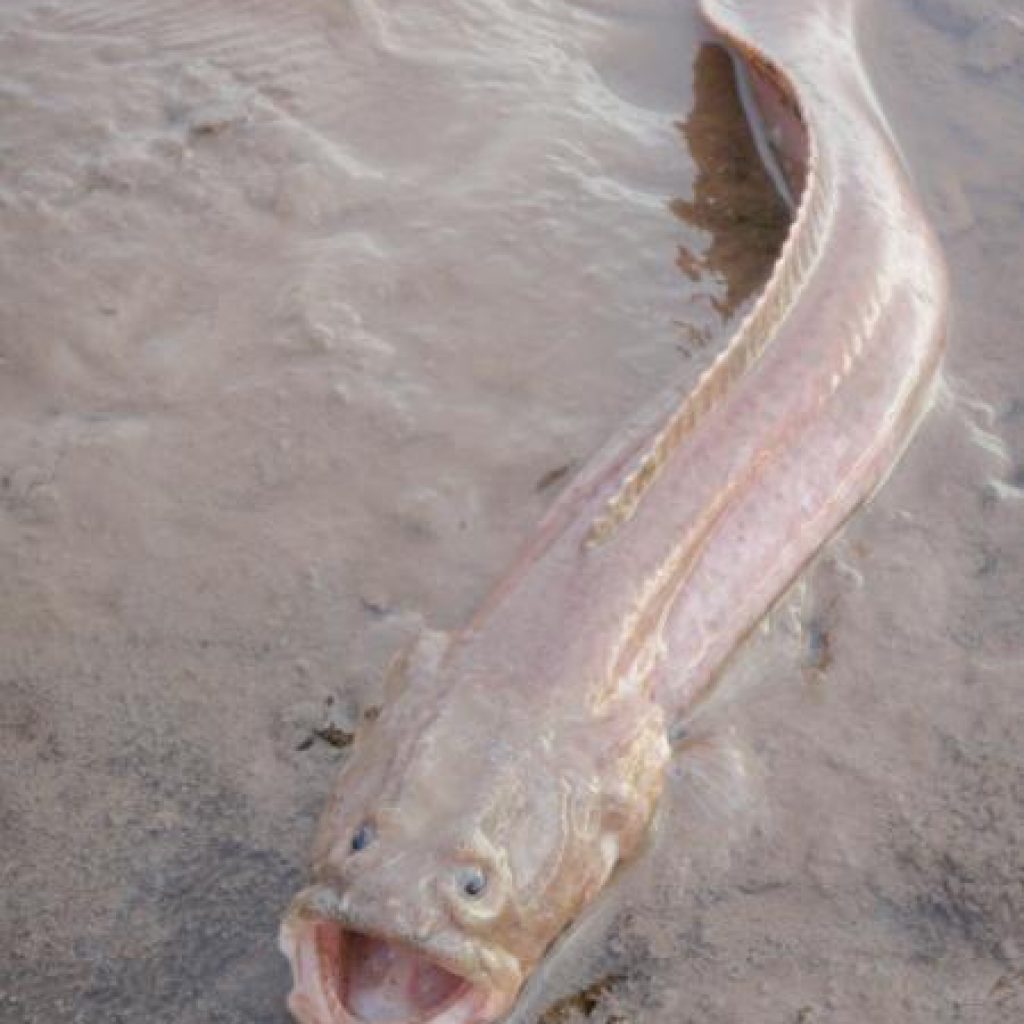 This is the eel-like wrymouth fish collected 26 June 2014 from the low intertidal at Larrabee Cove, Machiasport, Maine. The fish is approximately 60 cm in total length. 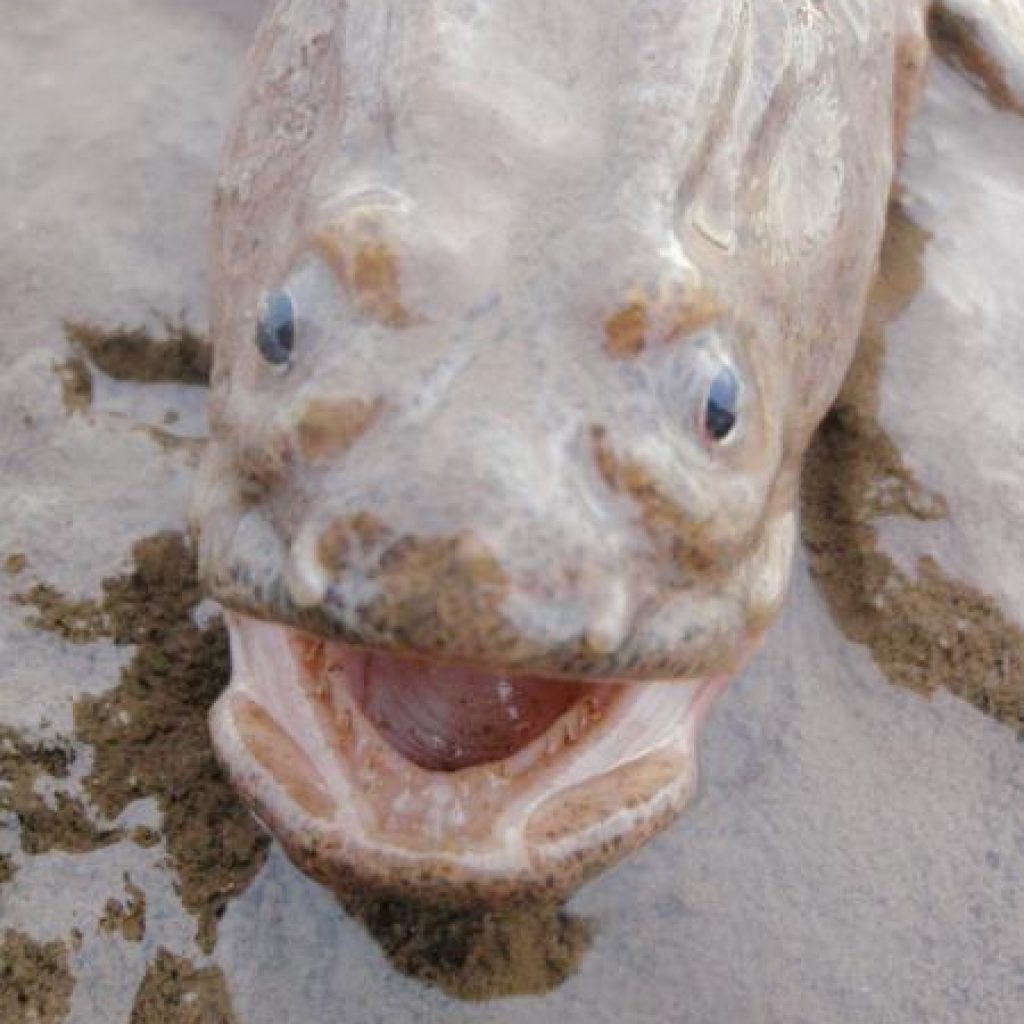 A close-up of the same fish focusing on the teeth of the lower jaw. 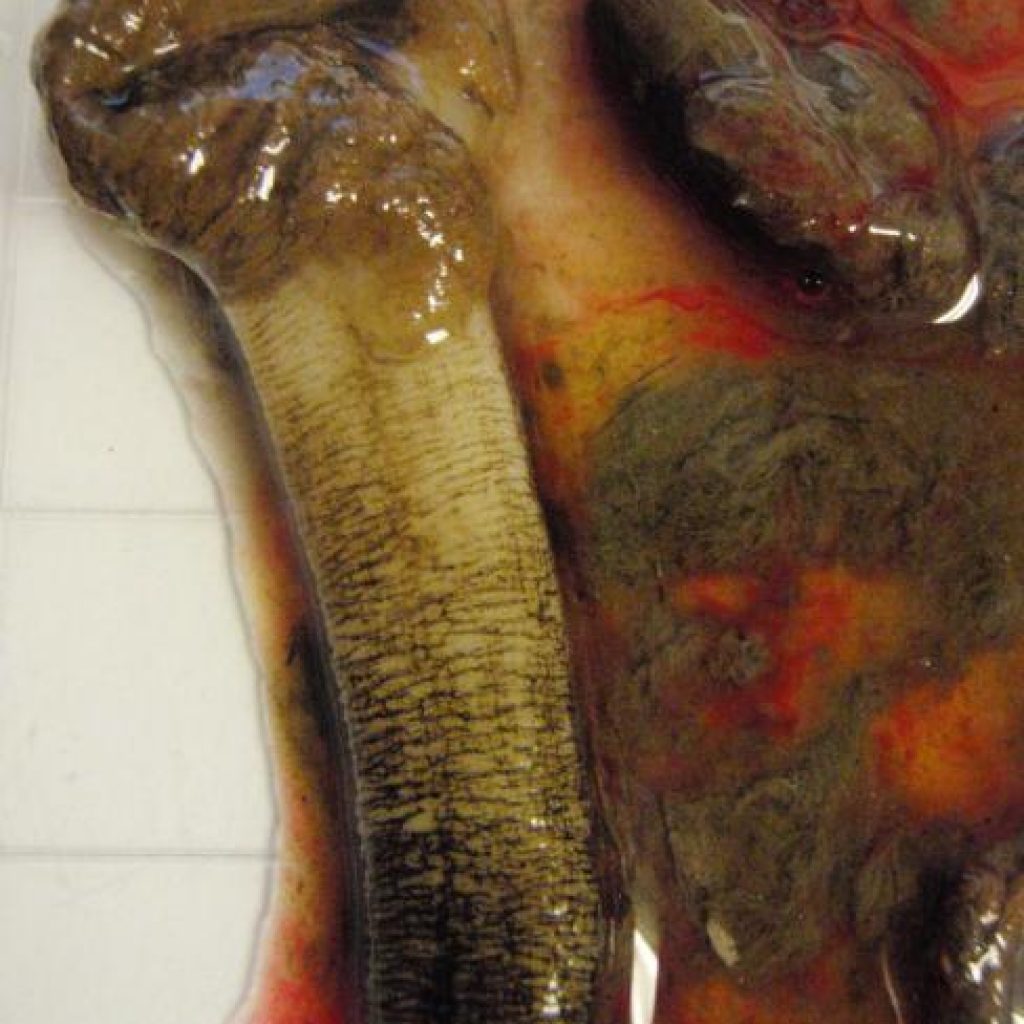 The gut contents of the fish contained, among other items, the whole siphon of a soft-shell clam (Mya arenaria). We identified 28 different species in the guts of fish collected from the Perry Boat Landing, Perry, Maine from 2009 to 2011. 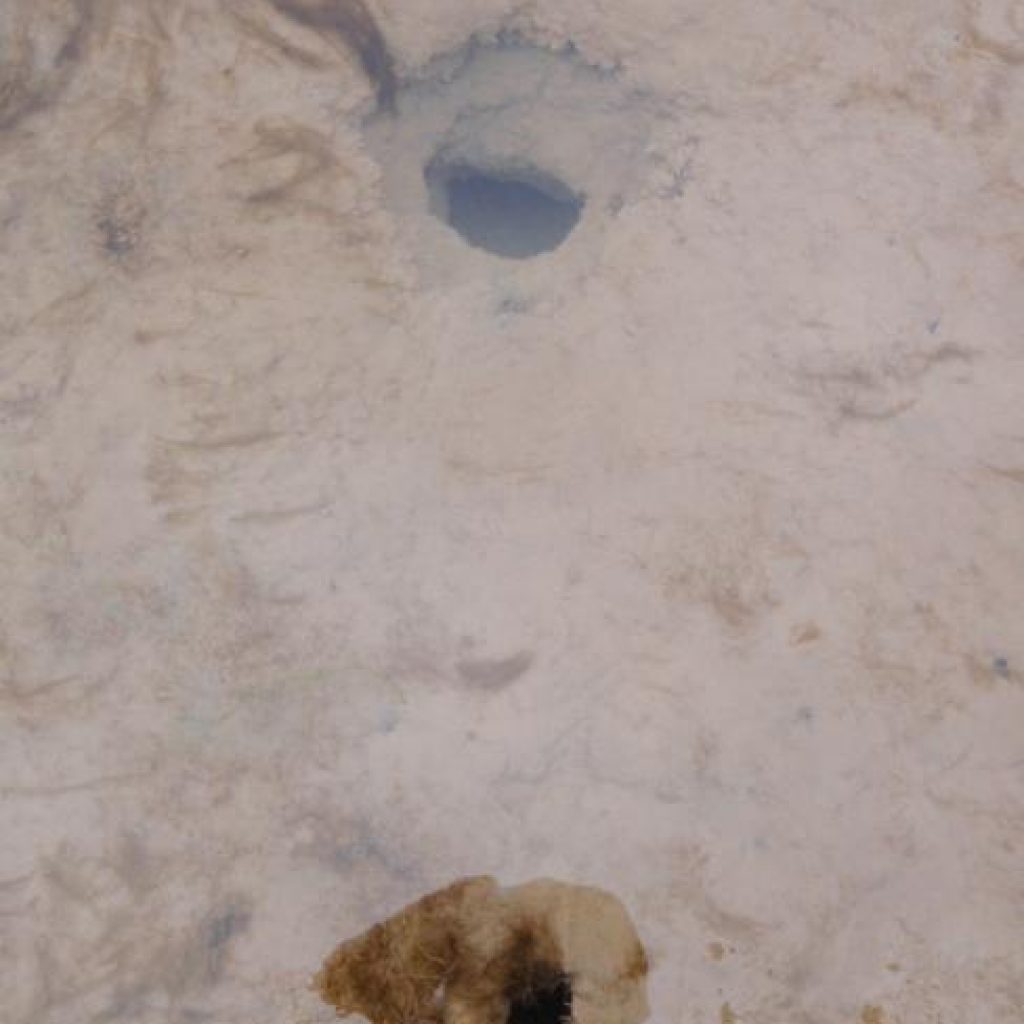 Wrymouth live in the sediments and create extensive burrows and galleries. They create access holes that can be as large as 3-inches in diameter.