From 2013-2018, Downeast Institute completed the largest intertidal research project in Maine’s history. In cooperation with the Town of Freeport and the Maine Clammers Association, DEI conducted a total of 32 experiments at 82 field locations.

The purpose of these experiments was to investigate the cause of the decline in commercial clam harvest and to find ways to enhance soft-shell clam populations.

The results from repeated, independent Freeport field experiments show conclusively that predation by invasive and native species is the most important factor in the decline of soft-shell clam populations. Predation rates have increased with warming ocean temperatures and are expected to continue to rise.

Over the past thirty years, Maine’s soft-shell clam landings have ranked second or third in commercial value of all marine species harvested in Maine waters, with dockside values in 2015 reaching $22.54 million (Fig. 1).

From 2009-2012, the fifty-three (53) licensed commercial clammers in Freeport harvested more soft-shell clams from the 36-miles of shoreline in Freeport than any other coastal town in Maine (DMR, 2013).  Dockside revenues from clamming in that community alone in 2012 represented 10% of the soft-shell clam revenues for the entire state of Maine. Since then, the Town of Freeport has seen a nearly 70% decline in landings and a nearly 50% decline in revenues to clammers (Fig. 2). 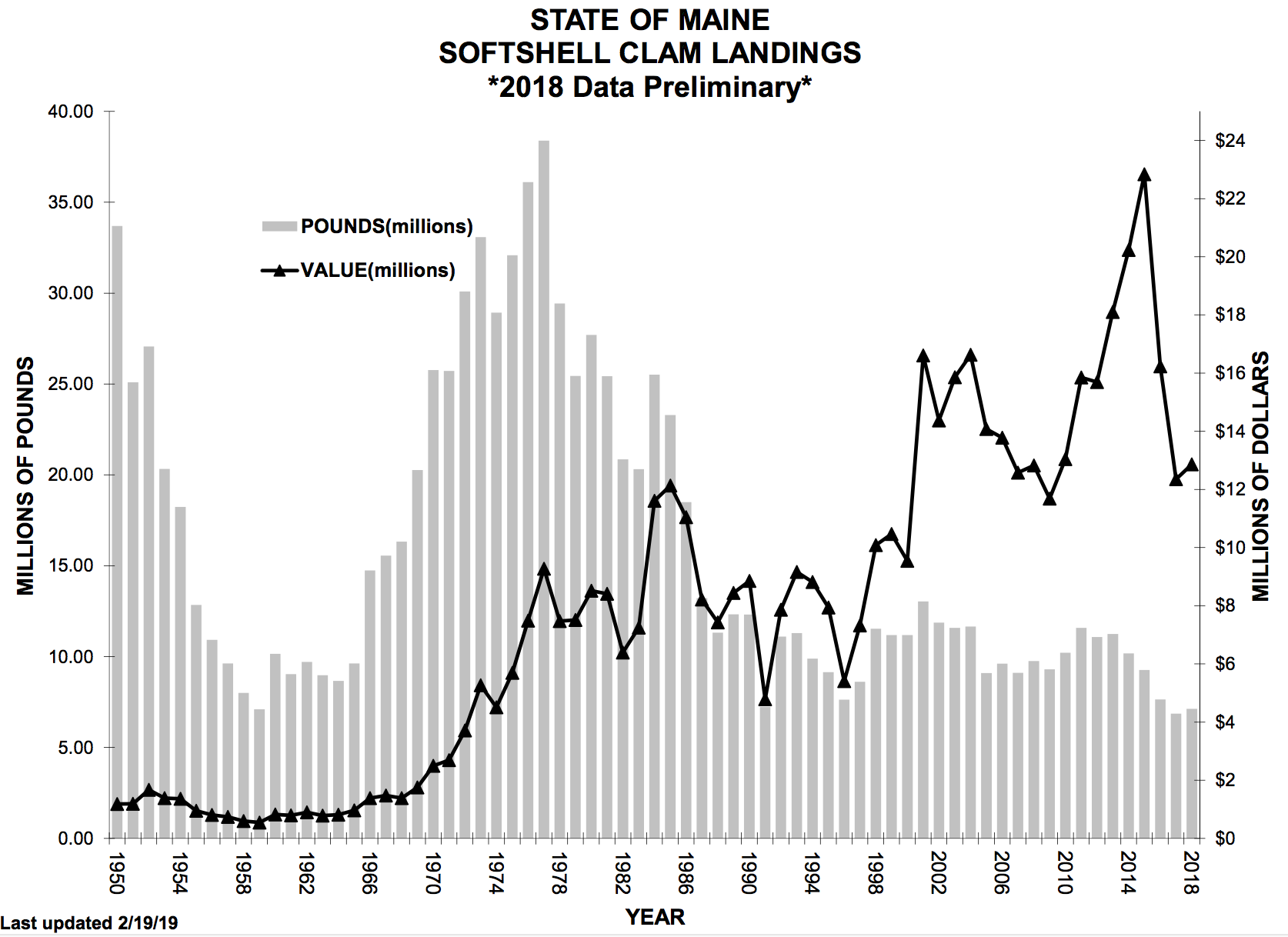 This decline in landings represents significant losses in the standing stock of clams from flats in that community, which continued in 2013, as State of Maine shellfish managers and clammers predicted. This relatively sudden decline occurred at the same time that dramatic increases in numbers of the invasive European green crab, Carcinus maenas, were observed (Whitlow and Grabowski, 2012).

The increase in green crab numbers is associated with recent ocean warming trends (de Rivera et al., 2007), but also could be a result of adaptation to relatively colder temperatures in the northern part of its range (Audet et al., 2003; Roman, 2006). In addition, DEI’s research on Freeport flats in 2014 and 2015 showed that another predator, the milky ribbon worm, Cerebratulus lacteus, had increased in numbers and exacerbated the problem of declining clam stocks (see Final Report for 2015).

Clammers and shellfish committees in Freeport and other coastal towns in Casco Bay, including Brunswick, Harpswell, West Bath, and Yarmouth, have noticed during the past few years that commercial densities of soft-shell clams have shifted from the mid- and lower intertidal to the upper shore where the harvest now occurs almost exclusively (R. Tozier, Chebeauge Island shellfish warden, pers. comm; Clint Goodenow, Freeport clammer, pers. comm.; B. Beal, pers. obs.).

Clams along the upper shore grow more slowly than at lower tidal levels (Beal et al., 2001) and are significantly older than clams found lower on the shore (Powers et al., 2006).  Therefore, clammers now are benefiting from a cumulative subsidy of years of commercial inactivity at upper shore levels.

Because natural recruitment of soft-shell clams is highly variable throughout their range (Hunt et al., 2003; Bowen and Hunt, 2009; Vassiliev et al., 2010; Morse and Hunt, 2013), at current harvest rates, and without management strategies to account for the devastation caused by predators, it is unclear how long soft-shell clams in Freeport and other southern Maine communities will remain a viable commercial industry.

Some of our research was highlighted in this newsletter from the Maine Clammer’s Association. 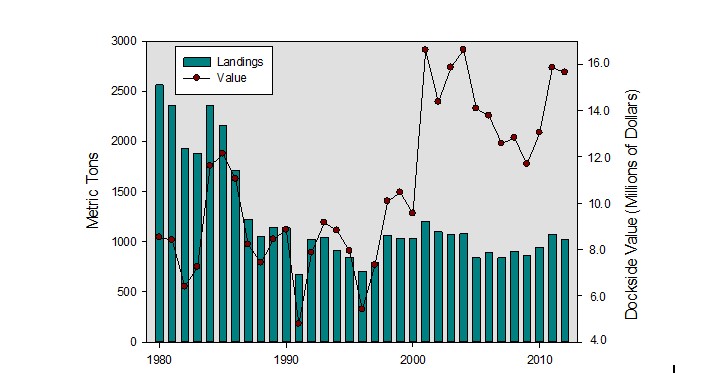 Figure 2. Soft-shell clam landings and their dockside value by commercial harvesters in Freeport, Maine from 2007-2015 (DMR, 2016).