DEI studied soft-shell clam recruitment levels in the St. George River (three coves in Thomaston) and the Weskeag River (one site in South Thomaston) in 2017. In 2018 we continued the study at one site, “Neil’s”, in the upper St. George River (Thomaston) that had a lot of settlement in 2017.

The studies found that clams are still settling in areas of the St. George River, but green crabs are limiting the amount of clams that survive their first year.

Clams in a recruitment box from the lower intertidal gradient in the St. George River (Thomaston). 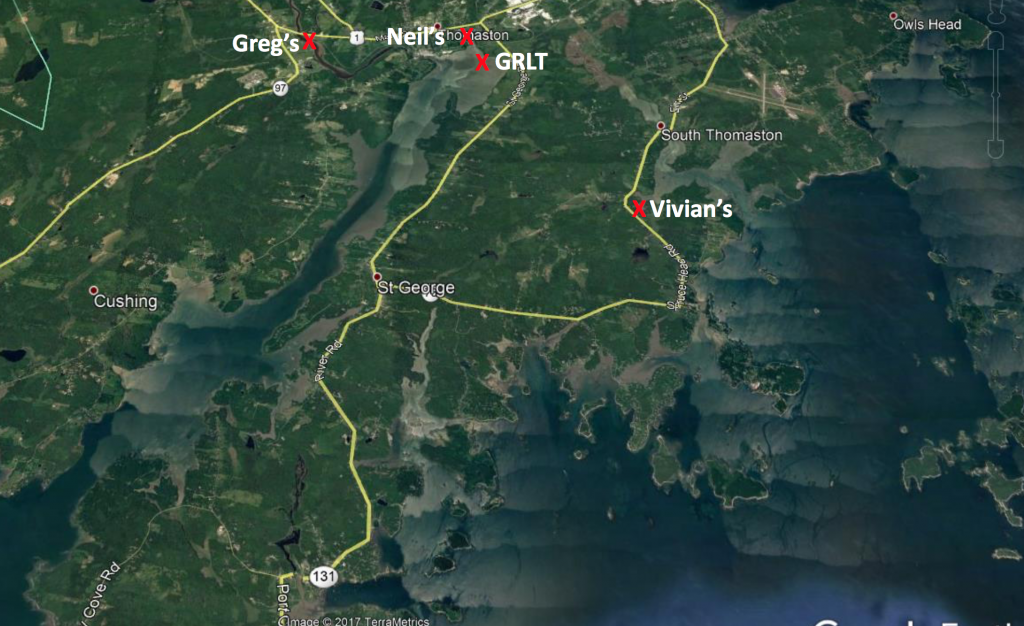 Sites for the 2017 St. George and Weskeag Rivers Recruitment Study.

Upon deployment, five sediment cores were taken (surface area 0.2 ft sq., depth of 6 inches,) at each location. These samples were processed through a 1-mm mesh sieve to estimate density of soft-shell clams present at the time of deployment (June 17, 2017).

The 30 boxes remained at the sites passively collecting settling clams during the year. Boxes were retrieved and analyzed in the late fall of 2017. On Oct. 13, 2017 the unprotected sediment was again sampled in the same way, with the following results: 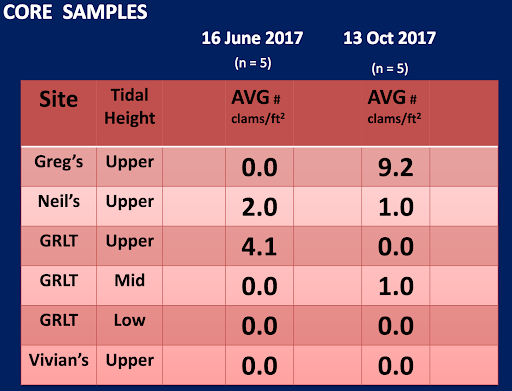 All the clams found in October were less than one-quarter inch in size. 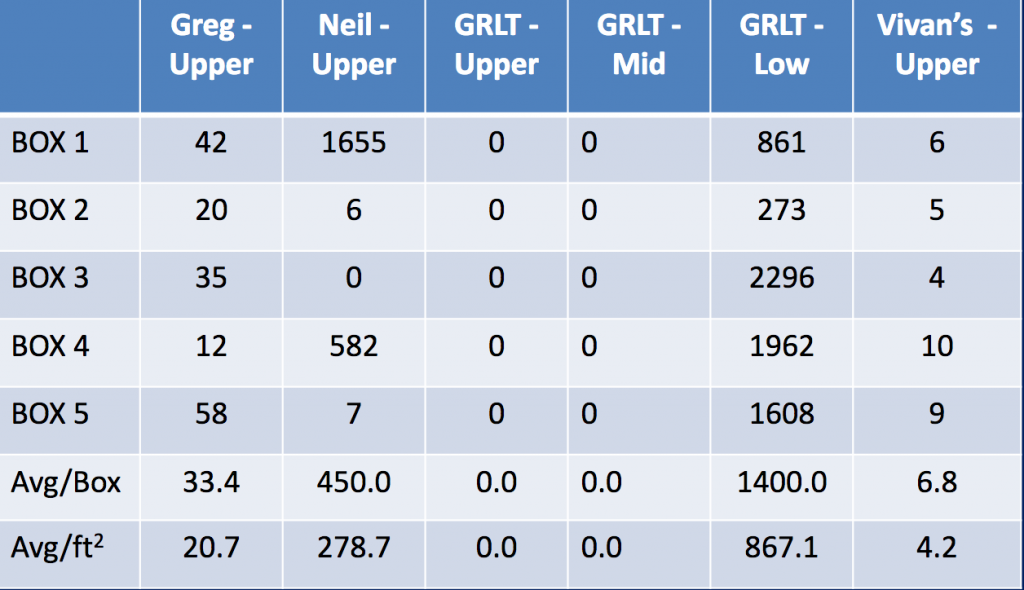 Chart showing number of clams in each of the five 2017 recruitment boxes deployed at each site in the upper St. George and Weskeag River.

The 2017 study concluded that: 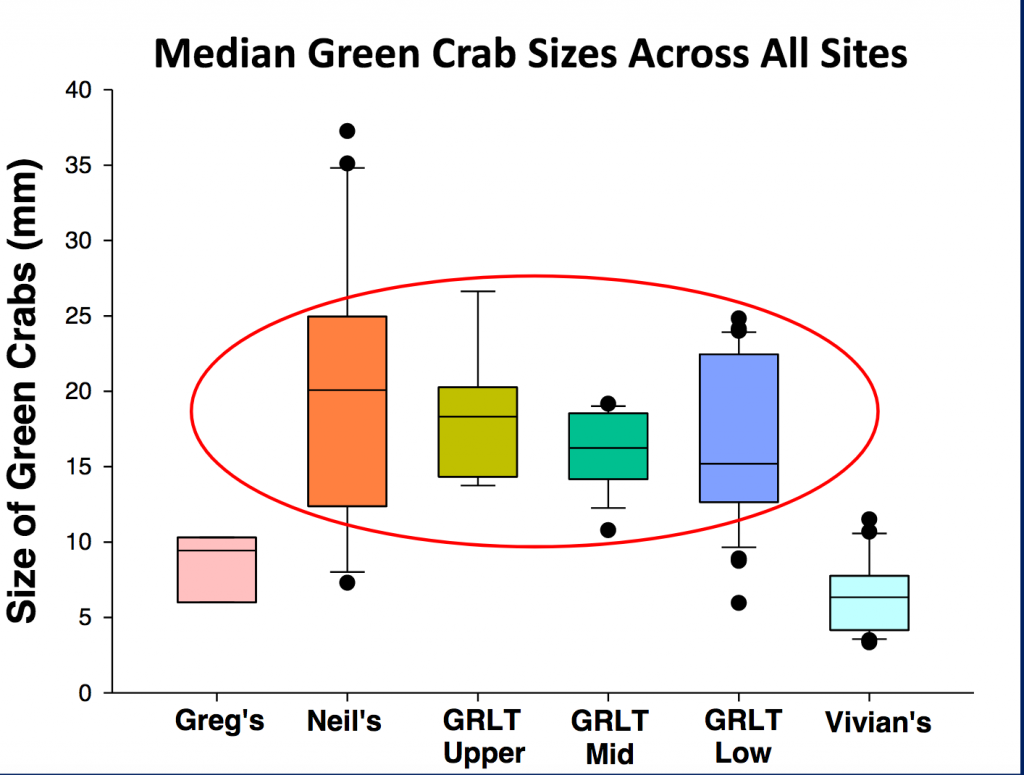 Chart showing the size of green crabs found at each site.

For more details, view the presentation slides of the 2017 study here.

We continued the study at one site, Neil’s, in the upper St. George River in South Thomaston that had excellent clam settlement in 2017. DEI scientists and landowner Neil Krane deployed five recruitment boxes at each tidal height.  The boxes (n=15) passively collected clams in the low, mid, and high intertidal gradients from June to December.

The 2018 results showed far more clams per square foot in the predator protected boxes located in lower intertidal than the mid or high intertidal areas. We again found very high numbers of clams in this area. We found: 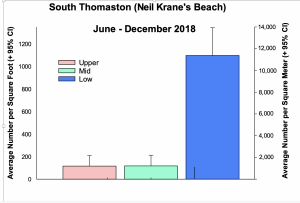 At the same time, core samples of sediment adjacent to the boxes and  unprotected from predators had very few surviving clams per square foot:

These results show, once again, how soft-shell clam predators are limiting the amount of clams that survive their first year, similar to results of our  Freeport study that were published in the Journal of Shellfish Research in 2018. 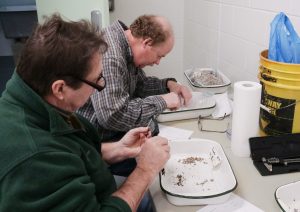