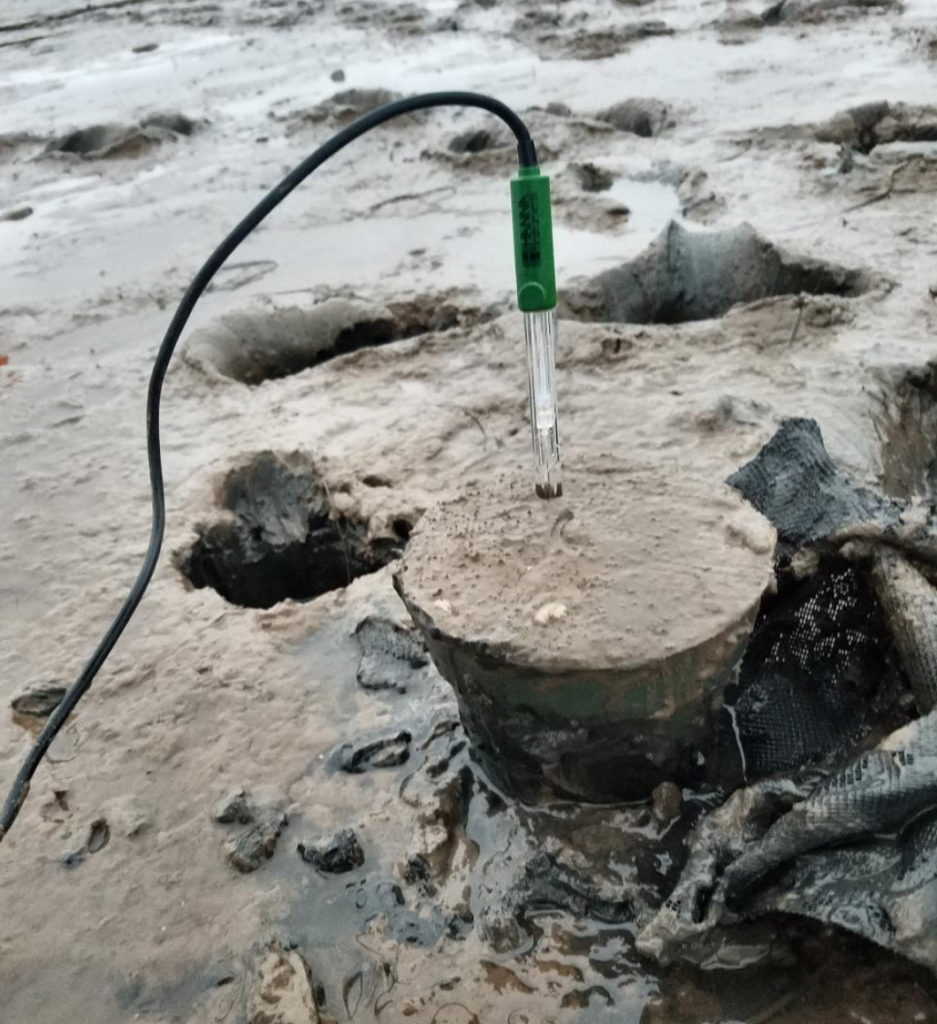 In 2018, DEI conducted a comparative field experiment at two coves, one in Cutler and one in Machiasport, to investigate how soft-shell clams react to acidic seawater and sediments, and to assess the effects of predation along the tidal gradient on clam populations at both flats.

The seawater and sediment samples showed that a highly acidic environment existed at all three tidal heights of both sites on all sampling dates. In spite of this corrosive environment, cultured clams responded to predation threats (mostly from green crabs) as expected based on similar studies conducted in eastern Maine in 2003.

The results about the impacts of green crabs on soft-shell clam populations correspond to findings from repeated independent field trials conducted in Freeport  (Beal et. al 2018), as well as at the same study site in Cutler in 2011.

In order to ensure as much confidence in our results as possible, experiments were designed to be statistically valid.  The details, experimental design and results can be found below.

To determine effects of predators on survival and growth of soft-shell clam juveniles, researchers planted 24 cultured clams (about 10 mm in shell length, SL) in experimental units (EUs= 6-inch diameter x 6-inch deep plant pots) in June of 2018.  Sediments from the clam flat were used to fill the EUs. Half of these were covered with Pet Screen® to protect them from predators. The remaining half were not protected from predators, but had a strip of Pet Screen® surrounding the periphery to contain the clams within the EU, while allowing predators to access the clams [the strip has no significant effect on clam survival and growth (Beal, 2006a)]. The EUs also collected wild clam recruits throughout the season.

On several occasions, at both sites, the water and sediment pH, total alkalinity, and temperature were used to calculate aragonite saturation state (Ω aragonite).

EUs and boxes from the upper and mid intertidal were collected in the fall of 2018 and from the low intertidal in early winter of 2019. The samples were processed; survival and growth rates of planted cultured clams, as well as recruits, were measured. Green crabs found in the recruitment boxes were also counted and measured.

The seawater and sediment samples showed that a highly acidic environment existed at all three tidal heights of both sites on all sampling dates.