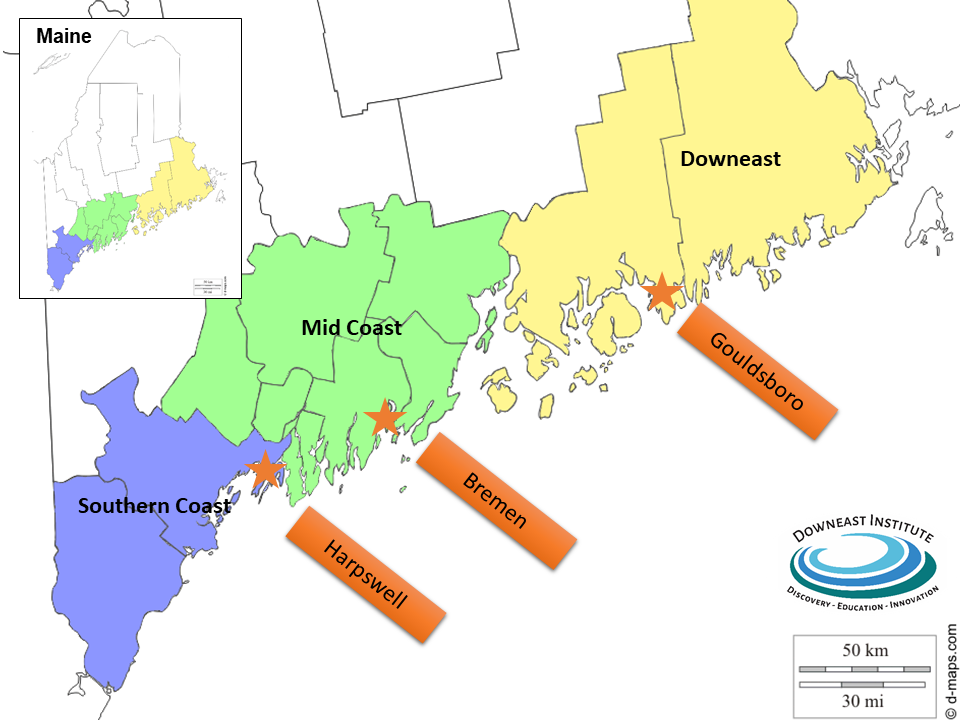 A map of the brushing study sites across the Maine coast. Map by Kaitlyn Raffier.

DEI scientists recently deployed studies across the Maine coast that will determine if the brushing method works to increase clam populations. This study marks the first time ever that this popular clam enhancement method has been tested to determine its effectiveness. The results will provide valuable information to clam managers about tools they can use to increase clam harvests and adapt the fishery to the changing marine ecosystem.

The studies are taking place in each of three regions of the Maine coast – Downeast, Midcoast, and Southwest, in the towns of Gouldsboro, Bremen, and Harpswell, respectively. DEI scientists are working directly with the town’s Shellfish Conservation Committees and clammers to deploy the experiments, as well as collect and process the data.

Brushing is the practice of inserting tree boughs into the mudflats. In concept, the brush reduces tidal and wind currents that help to create eddies providing bottom zones of slow-moving water where recently settled soft-shell clam juveniles may congregate.

Clammers and municipal staff were part of the crew that helped with the Harpswell experimental deployment.

The final results will be determined after sampling in November 2019.

To read more about the study design, click here.