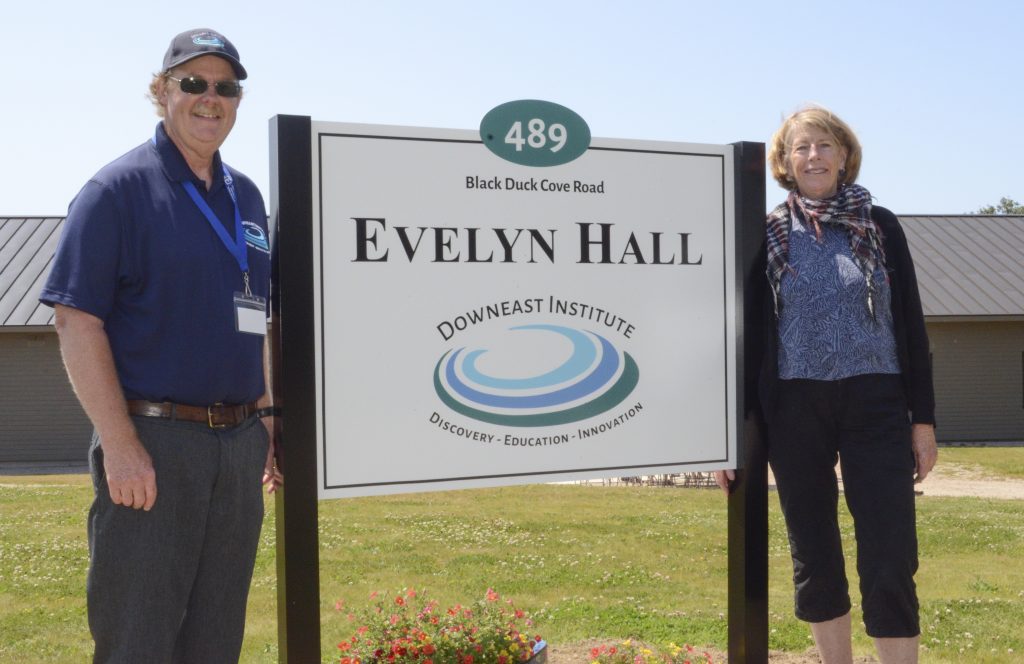 Brian Beal stands in front of Evelyn Hall with Mary Offutt, President of the Next Generation Foundation.

Beals, ME – The Downeast Institute (DEI) held its annual Shellfish Field Day on Saturday, August 10 at its campus on Great Wass Island in Beals. The highlight of this annual event, now in its 11th season, was the dedication of DEI’s new dormitory.

“We are pleased to announce that our new dormitory will be named ‘Evelyn Hall,’” announced DEI Executive Director Dianne Tilton. “Evelyn was a great philanthropist and the founder of the Next Generation Foundation of Blue Hill. The Foundation provided the seed grant that leveraged significant grants to DEI’s recent $6.6 million dollar expansion, of which Evelyn Hall is a critical component.”

The expansion has resulted in DEI being the easternmost marine research laboratory and education center in the U.S., and expanded scientific capacity into the downeast coast, a rural region with a high rate of unemployment.

Guided by the principles of its founder, the Next Generation Foundation made significant grants to improve health, education, and societal support for the most vulnerable populations of Maine. Their grant to DEI was their largest.

“The decision to fund Downeast Institute was a no-brainer. Here was Dr. Brian Beal and a fantastic Board of Directors just waiting (and waiting) for someone to catch on to what an important project this was. It was not just an investment in DEI, it was an investment in Washington County,” said Mary Offutt, President of the Next Generation Foundation. “There is lack of year-round housing and accommodations throughout Maine, and Evelyn Hall solves that problem for college students, interns, scientists and teachers working with DEI in this remote yet important part of coastal Maine.”

In addition to the dedication ceremony for Evelyn Hall, DEI’s hatchery and marine laboratories were open for tours. Attendees were able to see how technicians grow eight different species of commercial shellfish species and learn about DEI’s most recent research discoveries. 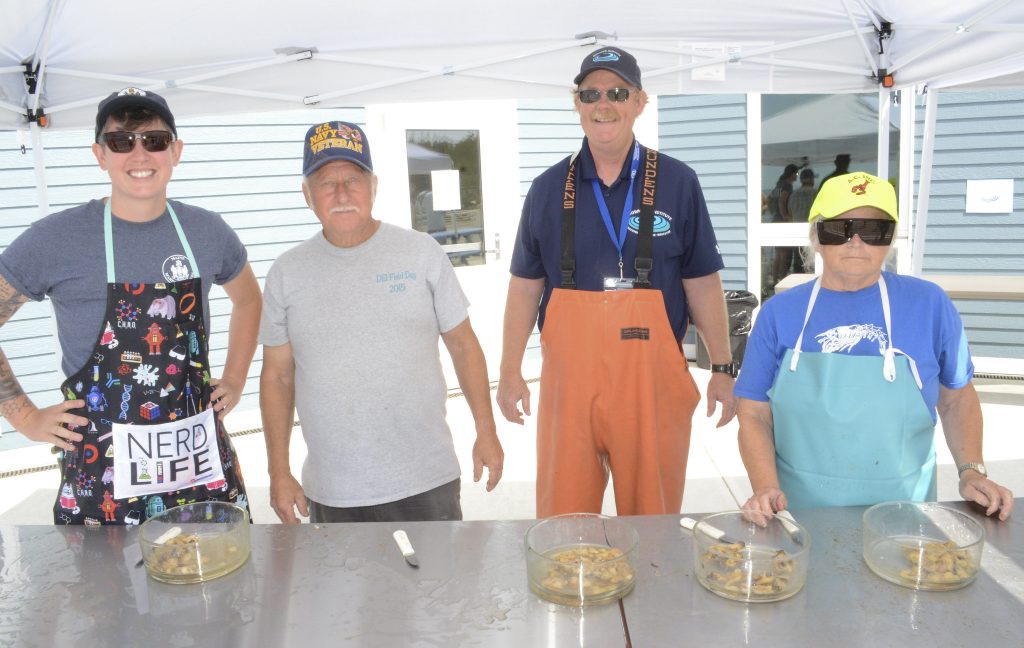 A clam shell flying contest was held at 12:45pm. Prizes were awarded to the winners of the three different age classes.

Attendees also made their own seaweed pressing under the guidance of Dr. Gayle Kraus, professor of Marine Ecology at University of Maine at Machias (UMM).

Food, including seafood chowder, was provided by Checkered Apron Catering.