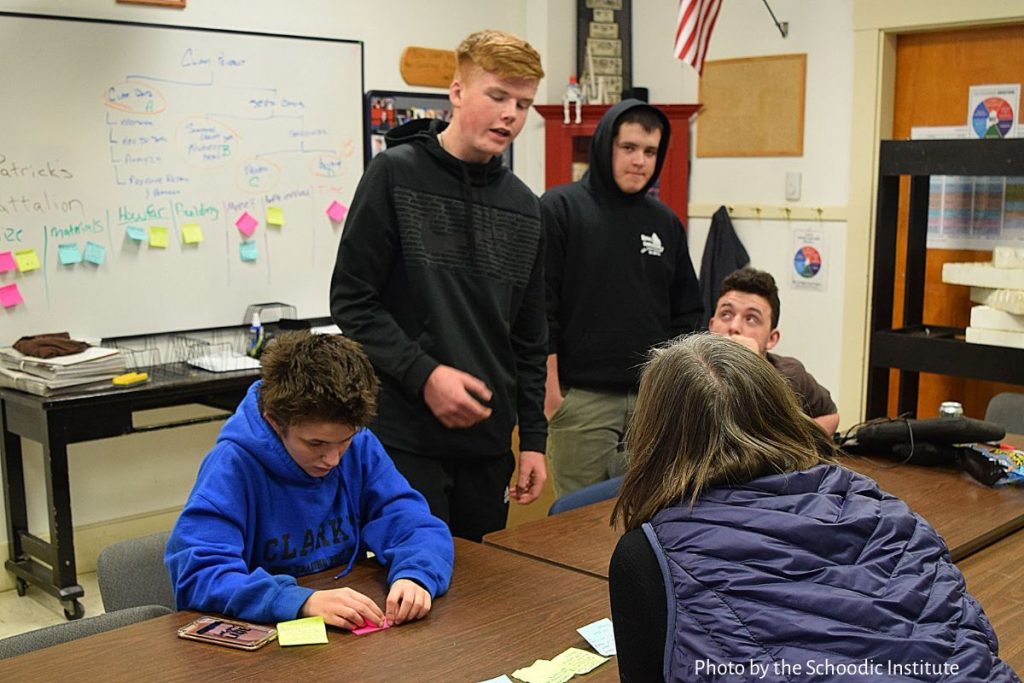 GOULDSBORO — A town-owned parcel on Prospect Harbor’s eastern shore is the proposed site for a small shellfish resilience lab.

Baby clams would be raised in ocean-based nursery trays, brought ashore to overwinter in an indoor seawater tank at the facility and used to re-seed local flats come spring.

Endorsed by Gouldsboro selectmen last fall, the clam restoration project is a partnership between the town, Schoodic Institute and local schools. The proposed ¾-acre, shorefront parcel lies in a limited residential area and the lab’s proponents are proposing that the land be rezoned commercial fisheries/maritime to allow the clam cultivation.

The Planning Board will hold a related public hearing tentatively set for Tuesday, July 21, at the town office.

Pending the public hearing and the Planning Board’s consideration of the proposed amendment to the town’s shoreland zoning map, the zoning change could be put on the warrant for the annual Town Meeting, which has yet to be scheduled due to the COVID-19 pandemic.

“We are trying to make the clamming better for everyone,” Pinkham said Monday. The town currently has 14 commercial clam diggers and several recreational license holders.

Another aim is to curb the incursion of invasive predators such as green crabs and ribbon worms.

As part of the project, Pinkham says a wood-frame shed, measuring 8 by 10 feet, and a four- to six-vehicle parking space would be built on the town’s Prospect Harbor parcel off the Lighthouse Point Road. The town has held onto the tax-acquired land because of its water access. Public access to the water has become scarce in coastal Maine.

“That’s the reason the town kept it,” Gouldsboro Code Enforcement Officer Jim McLean said Monday. “The foresight of the Board of Selectmen has paid off. For a project like this, we would have access.”

McLean said some abutting property owners have contacted him and expressed concerns and raised questions about the proposed shellfish resilience lab and related activities there.

“It’s a small piece of land,” McLean noted. “We really want to limit the impact on the neighbors.”

A major part of the project has been partnering with area high schools and middle and elementary schools in the long-term initiative spearheaded by the Schoodic Institute over two years ago.

Beals Island’s Downeast Institute is another key player. Its shellfish hatchery, which produces hundreds of millions of clams and other juvenile shellfish, would supply the first-year clams for grow-out in and around Gouldsboro.

Since then Sumner students, some of whom already work on the water and derive their livelihood from the sea, have continued the field and lab work collecting and analyzing data on clams and green crabs. The students helped design the proposed shellfish resilience lab and two of them made a final presentation via the Zoom online platform to Pinkham and Leighton in March after the COVID-19 pandemic struck.

Pinkham said the two Sumner students, Danielle Crockett and Jasmine O’Donnell, will try to be on hand at the July 21 hearing to participate and help field any questions.

“They wanted to see it through to the end,” the shellfish warden said.